The application of virtual reality in medicine is gradually moving from the field of theory to the field of practice. Yes, the complexity of patenting technologies in such a specific and demanding industry as medicine is still relevant, nevertheless there are already very impressive cases.

VR and AR technologies are now most actively used in medicine to prepare and perform surgeries.
Three-dimensional data from CT and MRI scans help to create a virtual reality model of a patient and prepare for surgery taking into account risks and potential problems. Surgeons have been using these machines for several years to prepare for particularly complex interventions.
For example, the VR-based Surgical Theater platform helps plan neurosurgical surgeries in the U.S. and Israel. Using this solution in 2021, Soroka Medical Center (Israel) performed the most complex surgery to separate twins with conjoined heads. Using Surgical Theater, doctors created interactive 3D and VR models that allowed them to study problem areas through a special headset. Next, the surgical procedure was designed. At the last stage, using SNAP (Surgical Navigation Advanced Platform), the created scheme was transferred to the surgical navigation system of the operating room.
It should be noted that the operation to separate conjoined twins heads is extremely rare and has been performed about 20 times worldwide. 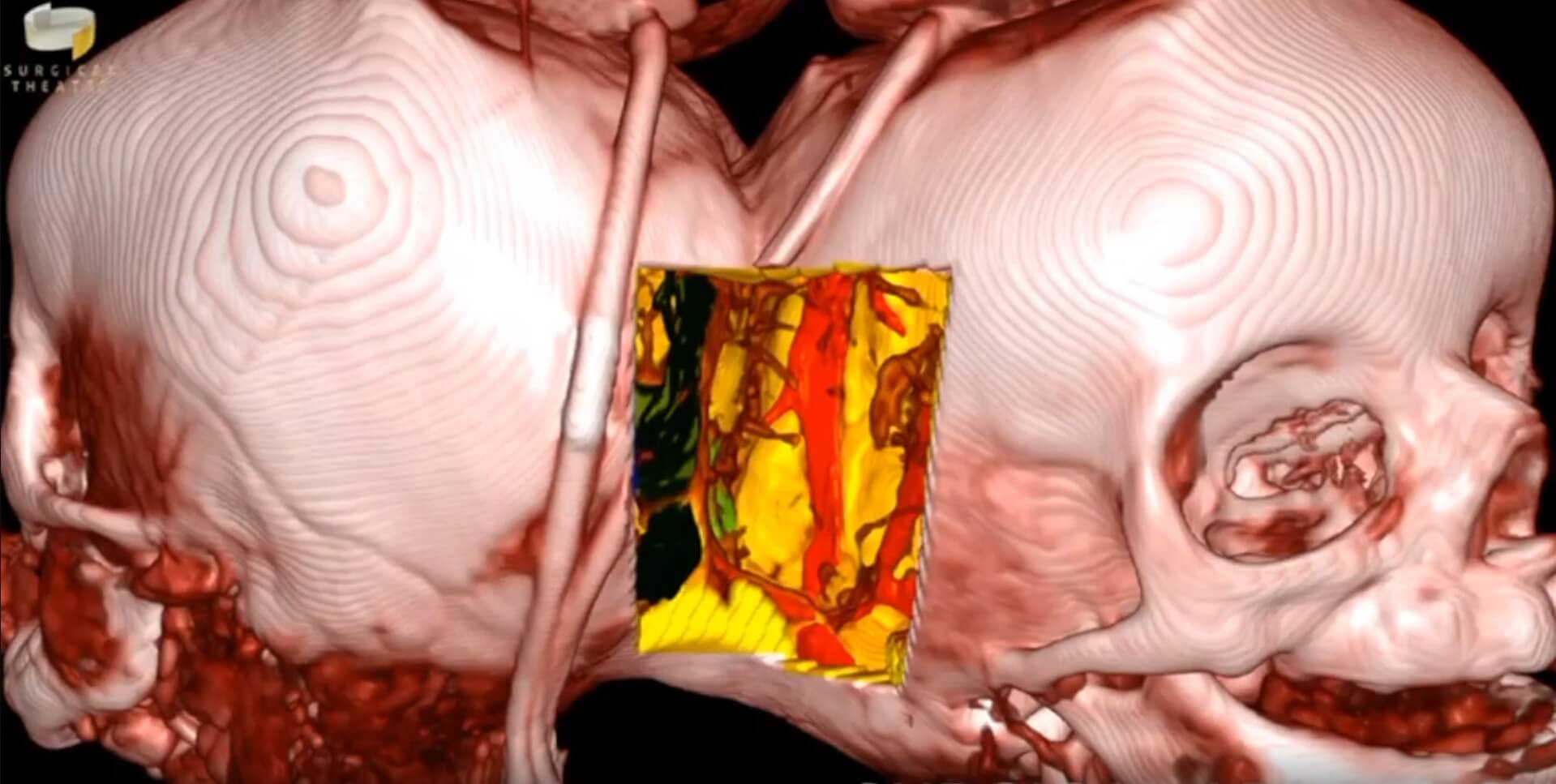 VR technologies also help directly in performing surgeries. For example, using with the help of da Vinci surgical robots using virtual reality, more than 20 thousand operations have been performed in Russia by 2021. There are already da Vinci systems in Moscow, St. Petersburg, Novosibirsk, Ufa, Tyumen and several other cities.
A typical configuration of such a complex consists of a video stand with light sources and cameras, a surgical console, as well as instrumental manipulators and an endoscope, which creates a three-dimensional image. This system greatly increases the precision of the surgeons' actions, allows to eliminate hand tremors, increase the accuracy of movements and maneuverability with the help of special filters.
AR technologies are no less in demand. In particular, in May 2021, Nevada Spine Clinic performed a very complex spine surgery. The Medtronic Mazor X robotic platform and xvision AR headset were used for it. With the combination of these technologies, the surgery, which normally takes 6-7 hours, was completed in less than 2 hours.
In 2020, Russia's first surgery using AR glasses was also performed in Stavropol Territory. Thanks to glasses the surgeon could view the patient's data: his CT scan, MRI, etc., without losing time.

In 2016, a 360 online broadcast of the operation was performed for the first time. This practice has now expanded and gained popularity, as a large number of viewers can watch complex surgeries up close using VR glasses. This is useful both for teaching students and for passing on experience to colleagues.
Nowadays, medical VR simulators are widely used in the world to train medical students and test their skills. In particular, a solution for training and examinations in laparoscopic surgeries has been developed by order of the Ministry of Health of the Russian Federation.
According to a 2019 Harvard Business Review study, the overall productivity of surgeons who received VR training increased by 230% compared to colleagues who received traditional training.

Rehabilitation of Patients after Strokes and Injuries

Medical research has shown that during rehabilitation most patients have serious problems with motivation and engagement - only 30% of the required exercises are performed, which is very, very low. VR technologies make it possible to improve this figure with gamification.
VR technologies are now being widely used to rehabilitate people after strokes and to restore limb mobility after injuries. Pompeu Fabra University (Spain) uses a solution that projects the patient's outstretched arms on the screen. Using sensors, the patient can control them as his own, with one drawback: virtual limbs move more precisely and quickly than real ones. Just 10 minutes of a session boosts the patient's confidence and speeds up recovery.
In Russia, the Pirogov Centre uses the Devirta-Delphi solution for the same purpose: using sensors placed on the patient, a digital avatar is created who is then moved into the virtual world to perform exercises that restore motor function, such as swimming in the sea with dolphins. By removing themselves from reality, patients perform better and gain confidence faster. 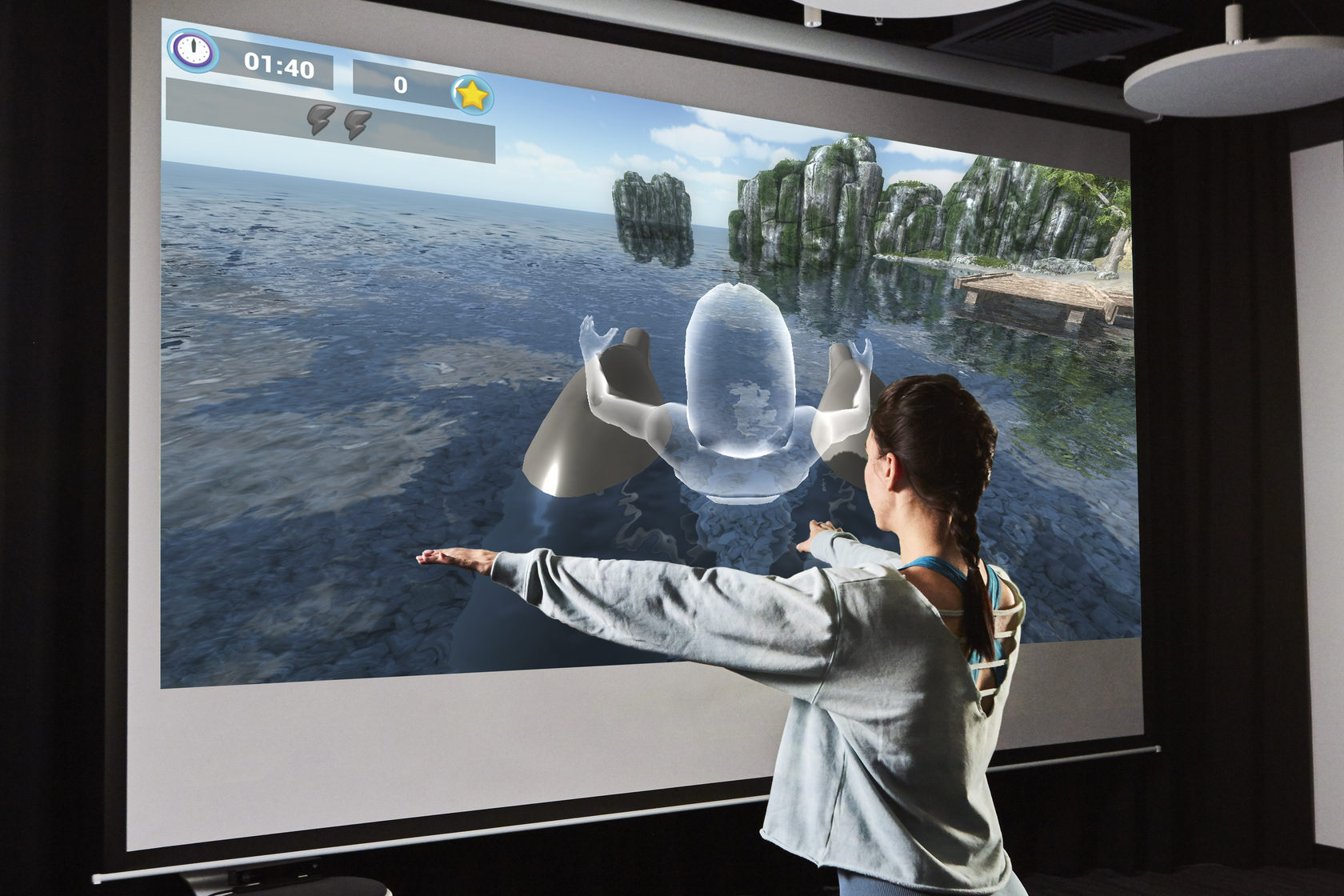 There are examples of the use of VR technology for the therapy of children with cerebral palsy.

VR technology is being actively tested to combat a variety of phobias, including post-stroke syndrome. Virtual reality is safe and controllable. By immersing themselves in the simulation of disturbing moments or by coming into contact with the object of their fear, patients gradually get rid of their phobias.
As for the real-world cases, Psious VR Therapy is an online platform that provides psychotherapists with tools to deal with various types of phobias, eating disorders, depression, and post-traumatic stress disorder.
There are also the first practical results in Russia. For example, the Rewire.Education project assisting in adaptation and development of children and teenagers with autism through a VR application is actively operating.

VR and AR solutions for Medicine in Testing and Research Phase

In addition to the medical solutions listed above, there is ongoing research into the potential of VR and AR technology for the following purposes:

Markets and Markets research group estimates that the medical VR market is expected to grow to $5 billion by 2023 at a compound annual growth rate of 36.6%.
According to US-based Goldman Sachs, by 2025, the use of VR and AR technology in medicine is expected to come in second place in the overall software market in terms of volume ($6.1 billion).
The most promising uses of VR and AR technologies are the development of medical simulators for training doctors, creating surgical complexes, and solutions for patient rehabilitation.
The roadmap of the Russian national program "Digital Economy" notes the possibility to reduce the number of disabled people among the able-bodied population by 7% through rehabilitation with the help of VR, as well as to reduce the number of medical errors by 50-80%.

Business Process Automation with CREATIO for a Public Sector Organization

The outlook for WFH

Chairman of Softline to RBC: "Zoom and Teams have become two new countries on the global map"

You have a product, we have a merchant, or How to organize online sales around the world