Invisible masters. Rootkits: what are they? 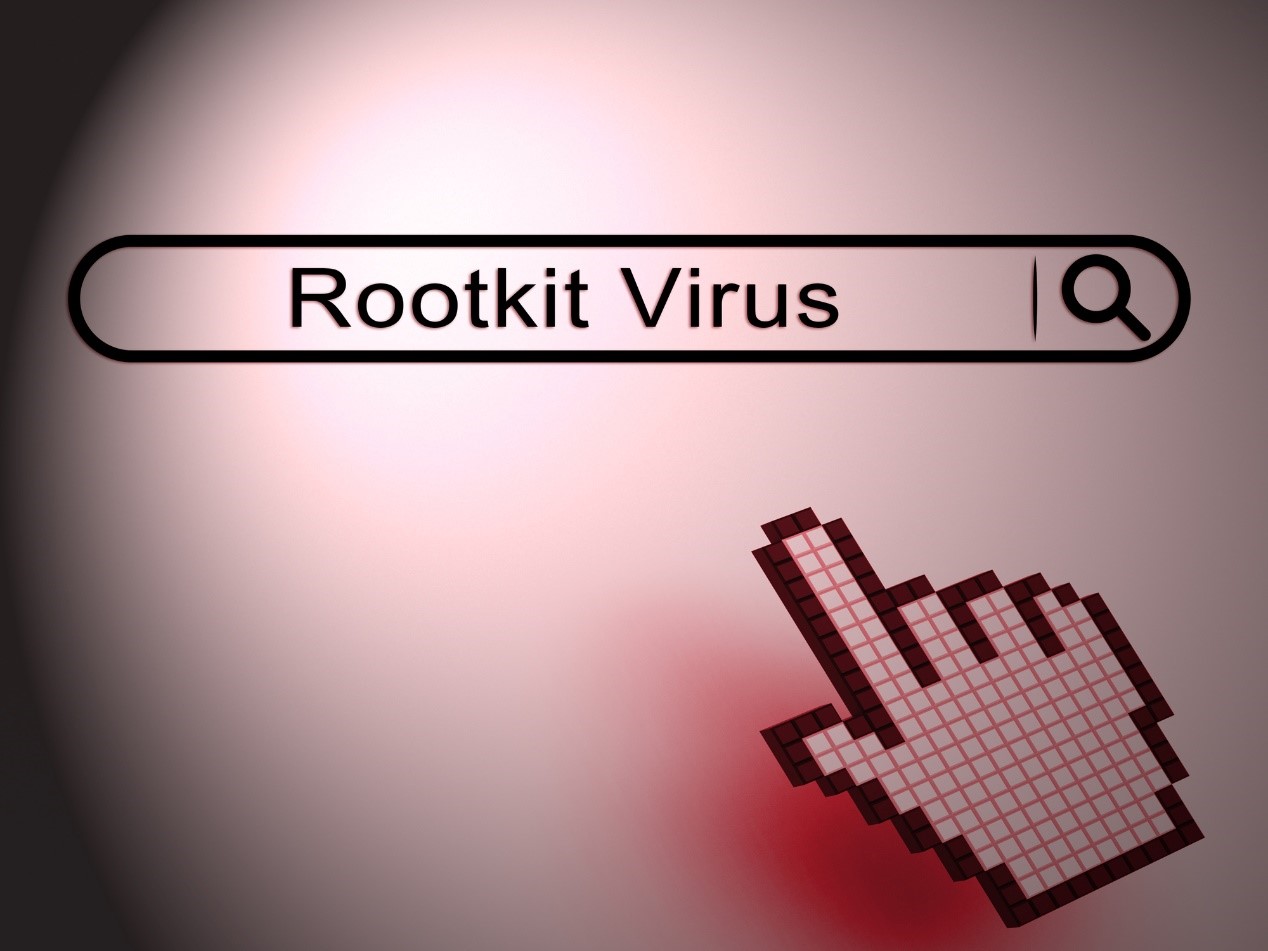 Rootkits are programs that make the actions of intruders or malicious programs invisible. Rootkits help cybercriminals infiltrate the system and take it over, spy on it, steal data, launch malware and attacks, and cover their tracks.

Such "silent guests" may appear on your system along with phishing emails, installed applications, or come from infected websites. The rootkit can also infiltrate the system when external media is plugged in.

Even if you are cautious and reliably protected, attackers are very likely to find a loophole in your system, because they know how to plan and execute well-organized multi-step Advanced Persistent Threat (APT) cyber-attacks.

Rootkits are used as part of cyber espionage campaigns, attacks aimed at stealing money, and plans of totally disrupting the infrastructure of the attacked company. These goals are nothing but new, but rootkits are dangerous because of their high efficiency. The ability to take over other people's systems without being noticed has many times led to irreversible consequences and poses a big threat. 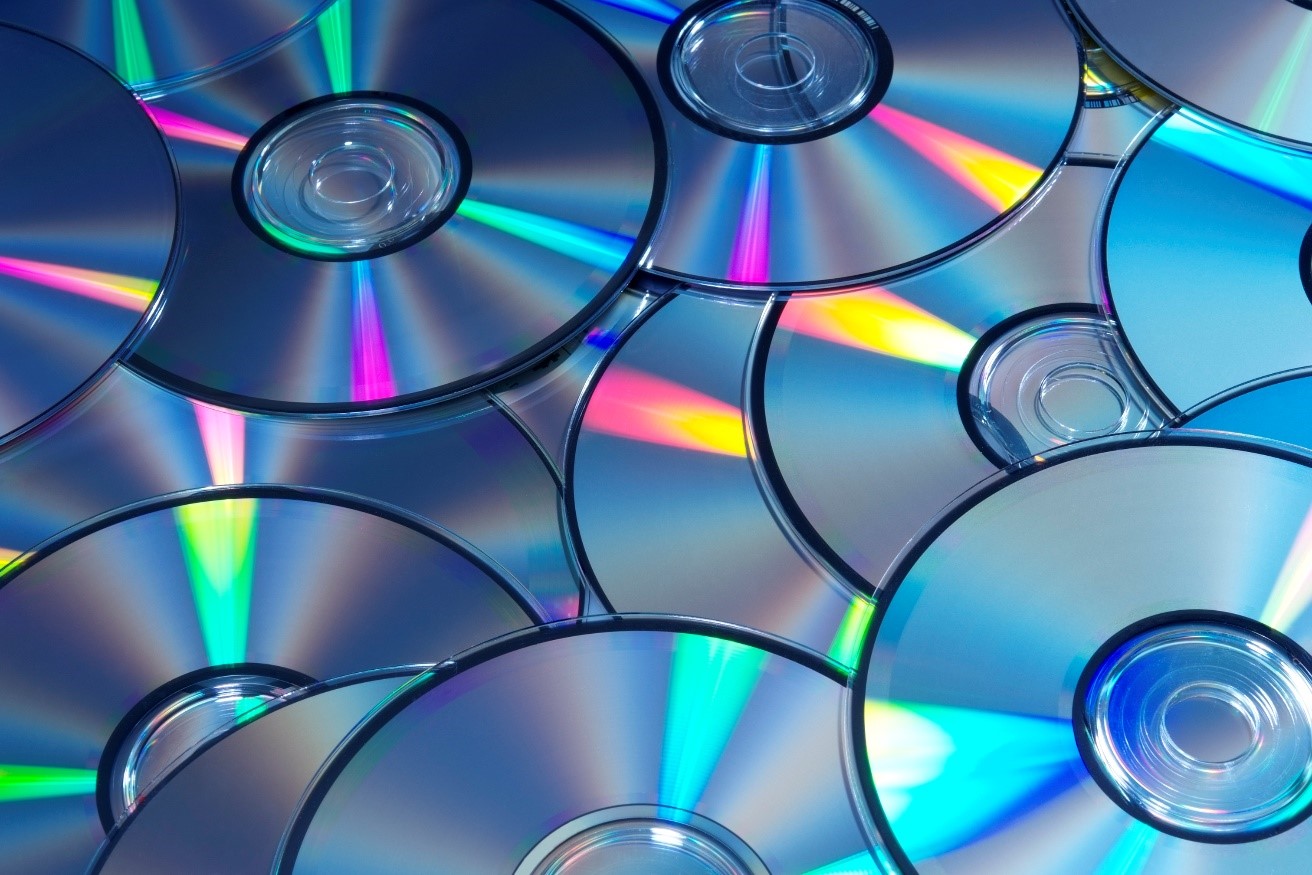 This case was one of the first high-profile cases of rootkit distribution, albeit unintentional. In 2005, Sony BMG Music Entertainment, a music disc company, created the XCP copy protection technology. However, its developers went way too far in their counter-piracy effort. It turned out that this protection works like a rootkit.

Marc Russinovich, a co-founder of Winternals Software, was the first to announce it in his blog. He discovered that the applied DRM protection creates vulnerabilities through which the system can be attacked by worms or viruses, in addition, it puts a constant load on system resources, thereby slowing down the computer. It was impossible to remove the rootkit using conventional methods, nor was it possible to detect it.

Sony denied that their technology was malicious and claimed that they did not use it to collect personal data, although antivirus companies still added the DRM rootkit to their databases. Sony later released an uninstaller that was supposed to remove the XCP protection from the disks, but it created additional security holes. Only after the DRM rootkit became a "cover" for trojans and other viruses did Sony suspend the release of CDs with XCP.

The company had to endure many more lawsuits and reimburse the damage to its customers for a long time. Rootkits pose a danger even when they have no direct target, let alone when attackers create them intentionally, as in the following story. 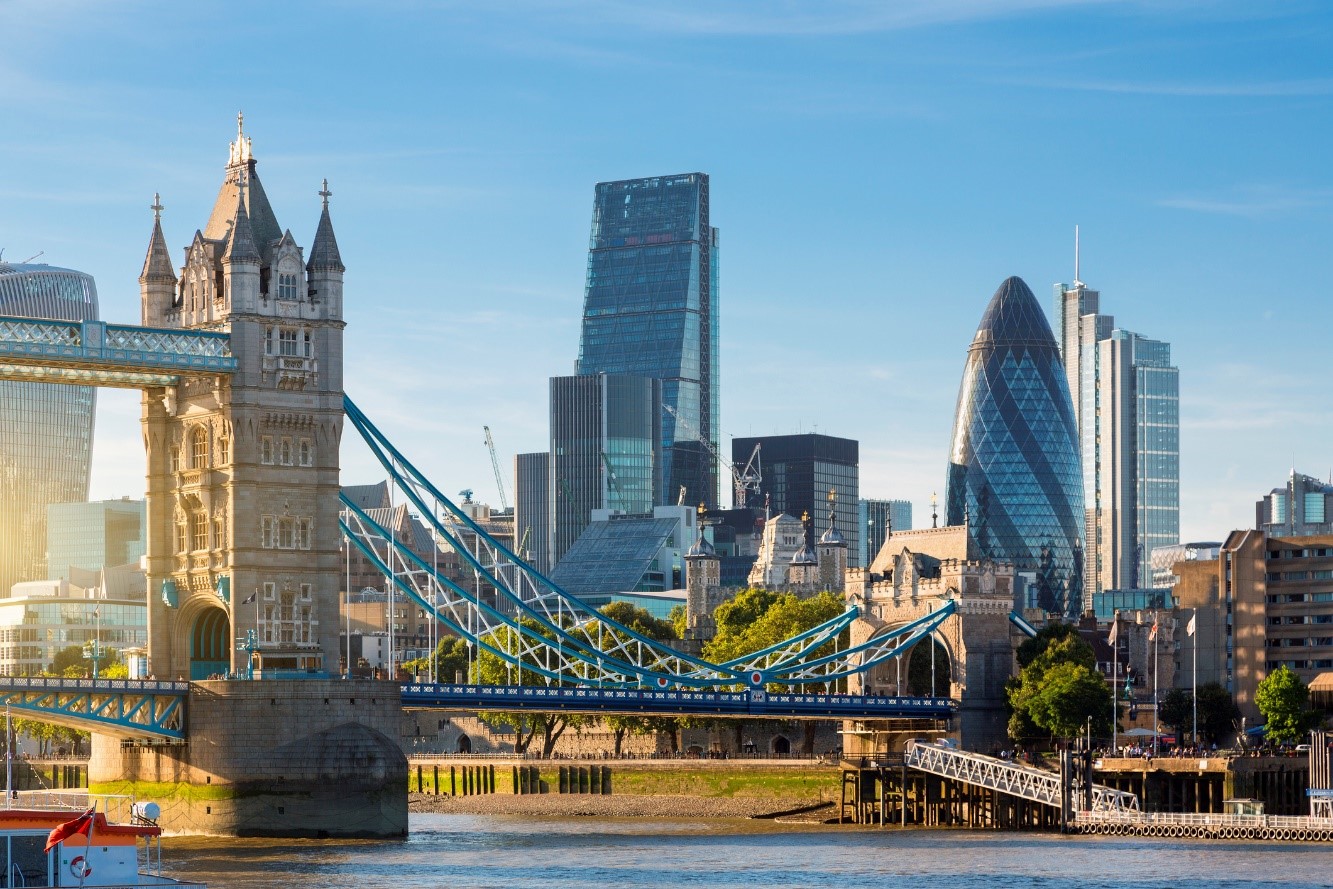 Malefactors are often interested in making money. The most notorious and large-scale banking threat in the UK was the Kronos trojan armed with a Ring3 usermode rootkit.

Kronos was able to steal user credentials, personal information, and bank details of victims. The collected data were then used for fraud. It was also used to add forms to bank websites where users entered personal data, including banking card PINs.

The Kronos malware repaid itself quickly and was easy to use, so it was actively purchased and distributed. As a result, it has become a dominant threat in the global cybercrime scene, with enormous financial implications for banks and their customers that are difficult to assess.

This virus tends to disappear from the limelight for a few years, disabling the control servers, and then update itself and reconnect to infected bots.

The Strider cybercrime group and their "Eye of Sauron" 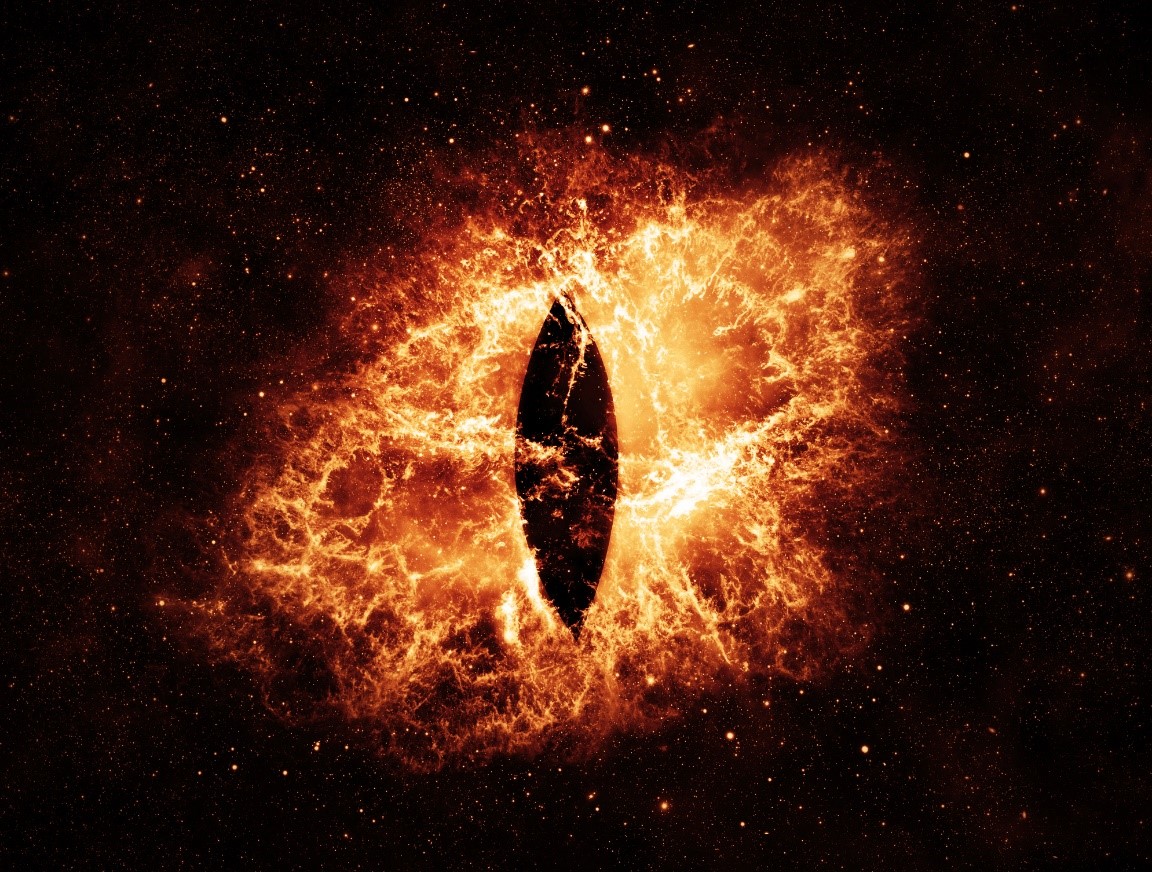 An advanced persistent threat (APT) is a multi-phased, carefully planned and orchestrated cyberattack that targets a specific industry or specific (usually large) companies. APT attacks are usually created by large criminal groups with significant financial resources and technical capabilities. One of them, known as Strider, ProjectSauron, G0041, became notorious for its large-scale campaign against the state institutions of Russia, Belgium, China, Iran, Sweden, and Rwanda.

Sauron is an internal name used in Lua scripts. And we have to admit that Sauron himself, the evil overlord from The Lord of the Rings, would be impressed by the level of cyber-power of the criminal group. Wuth the Remsec rootkit, attackers were able to launch malicious tools into the network and remain undetected for 5 years! The group created previously unknown attack vectors, stole cryptographic keys, configuration files, and collected the IP addresses of cryptographic key infrastructure servers. Strider infiltrated 30 organizations in different countries.

Analyzing the nature of the attacks, experts concluded that Strider with a high degree of probability could be a state-supported intruder. Such a sophisticated system can only be created with a very large budget and a high interest in disrupting the activity of specific countries. The targets of its attack have been governmental institutions, military agencies, research centers, telecom operators, and financial organizations. 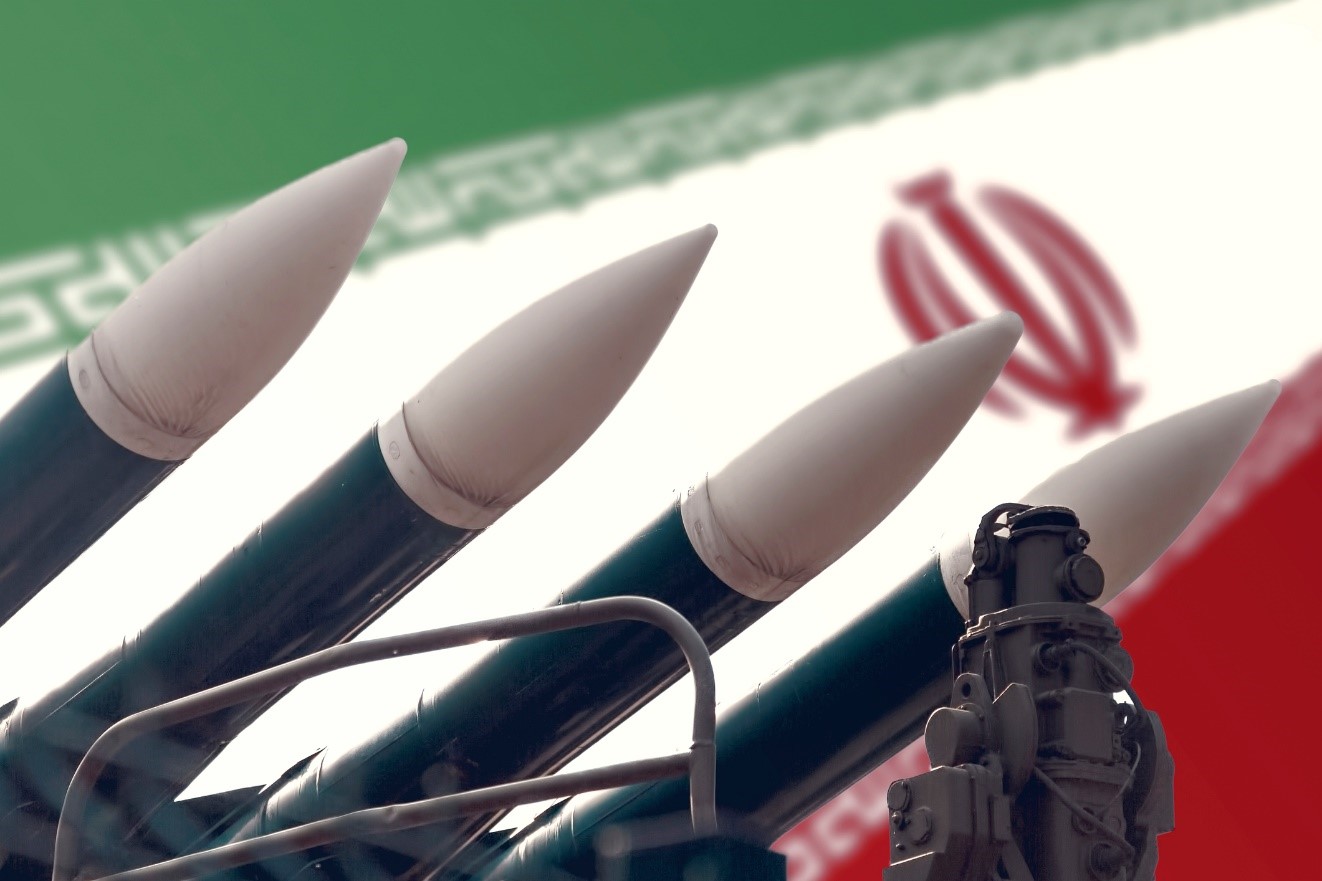 There is one rootkit that has made the whole world shiver: it is called Stuxnet. This malware targeted Iran's nuclear facilities and caused computers to change the rotation speed of centrifuges, causing them to collapse. As a result, Iran's nuclear program was set back two years.

The United States and Israel were blamed for this attack. Firstly, creating such a virus requires substantial funding and a team of malware experts, which means that countries with strong intelligence might be involved. And second, the New York Times published stories about centrifuges that resembled Iranian ones built in Israel. This may mean that they could be used to test the worm.

However, the world trembled not because of how the virus was used, but because of how it might be used. The same thing could be easily done by terrorist organizations, since a little earlier, this virus was freely sold on the black market. Western experts are deeply concerned that in the future, such attacks may be performed by criminal groups. "They can shut down power systems, dams, pretty much any sophisticated software-controlled industrial facility," said Stuart Baker, a former Assistant Secretary for Policy at the United States Department of Homeland Security.

10 facts about rootkits from a research by Positive Technologies

On October 12, 2021 Positive Technologies published astudyof the 16 most well-known rootkit families over the past 10 years. The study analyzed the information about rootkit sales, purchase, and development on dark web forums in Russian and in English. We have recapped interesting facts and statistics from the study.

How to protect yourself?

This is one of the most valuable tools in the fight against rootkits because it can detect them even before they infiltrate the system. At the moment an attacker installs a rootkit, built-in analyzers notify the user of malicious or suspicious activity. The process is executed in an isolated environment that makes no harm to the main system.

Learn more about how the sandbox works.

As for now, this is an exclusive technology of Positive Technologies.PT Sandbox - 2.4. detects rootkits not only at the installation stage but even after the system is already infected with them, which used to be nigh-impossible before.

Other methods of fighting rootkits are based on launching anti-rootkit tools inside the OS, but if a well-made malware is already installed in the OS, it cannot be detected. The technology developed by the specialists from the PT Expert Security Center, differs in that it is launched beyond the OS. Rootkits cannot hide from this agentless analysis, and attackers will not suspect that their actions have been detected.

Scanners are able to detect rootkits and related malware, even if they have managed to evade your anti-virus defenses. Nevertheless, they are usually able to find only the rootkits already added in the databases, while those that infected the system before installation may never be found.

These solutions focus on detecting targeted attacks and advanced threats. They reveal malicious activity on workstations, servers, and IoT devices. Agents are installed on these endpoints to monitor processes, user actions, and communications. These tools leverage machine learning algorithms to detect security incidents and alert you on them.

A well-known rootkit detection method is a system integrity scan. Operating system files that have been modified by attackers can become sources of threats. The integrity of the system and its components can be checked with special utilities.

Analysis of network traffic for anomalies

Anomalies can be related to both hardware and software deviations and security breaches. Both cases need to be tracked with special monitoring systems: web applications, open source programs, freeware, etc. They collect statistics on system operation, all threat events, and incoming traffic in real-time and visualize them in charts and tables.

The rules that increase your protection against rootkits are simple as ABC:

Rootkits are a sophisticated attack tool, but there is nothing impossible in protecting your company from them.

What do we mean when we talk about hybrid cloud?

Chairman of Softline to RBC: "Zoom and Teams have become two new countries on the global map"

Digital Transformation Trends Coming Up in 2021